Welcome to the Kerry Hales Blog

The ‘Other’ Five Things You Didn’t Know About Me

6.  My parters and I ‘bumped’ many times before we stuck…
Our first of our many synchronous ‘bumps’ was when Frank and I both travelled to the states in 1991; he was born in New York and was revisiting his homestead, I was just starting my years travelling also in New York.  Our second ‘bump’ came when we both came back from travelling and returned to education.  He also comes from a family who hadn’t had anyone educated beyond A levels in the past.  We both studied in Cardiff from 1994 to 1997 – three years in the same City – we no doubt were in the same Uni bar at the same time… Our final ‘bump’ came in 2005, when we both moved within seven miles of each other.  In November we both signed up late for a personal development class; the Tuesday before the Friday start.  That was where our story began…

7.  I’m a adrenaline junkie
OK I ‘was’ an adrenaline junkie.  I have jumped out of a plane three times, two with men strapped to my back, I have walked across hot coals (see No. 8) I’ve abseiled down buildings, I’ve bungee jumped 300ft, I have white and black water rafted, I have caved (yuk…) I have jet boated and raced on a bike at 160mph.  That was all before I became a mum.  I say this not as an excuse, not at all, but more of my life is more valuable now and I won’t risk that.  Also, been there, done that, now its time for a different me to emerge. 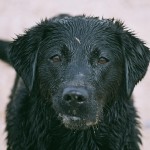 8. I moved to stop dreaming about the beach.
In 2005 I took a class with the one and only rock star personal development man Anthony Robbins as one of many classes to invest in my coaching tool belt.  At the end of the weekend of madness are asked to ‘step up’ and agree to make massive action.  For me I took the dream of living by the beach off the shelf and moved to the fabulous place where I live now.  Whitstable.  Seven years and so much of my life has changed due to that move.  I knew I had to try it out and see if living by the sea really does what I wanted it to.  I now have a family that gets to walk by the beach and throw stones in the sea as part of our daily routine.  I love where I live and for that I often am reminded by friends and family  – we live here!

9.  I dont really know my family tree.
I know this may sound a strange thing to share with you but after becoming a mum I realise it does have more of an impact that I ever thought.  My mums parents decided they couldn’t cope with life and decided to finish their journey; leaving her and her two younger brothers.  My dad’s ‘dad’ died when he was 15 and when he was 40 my nan, in her infinite wisdom, told him that actually he wasn’t his real dad anyway.
As she was my only living grandparent, she was all that I knew grandparents to be.  She was THE feistiest Eastend woman.  I am not exaggerating – men used to cross the road, rather than pass by her on the pavement.  She wasn’t one you curled up with and asked for a story about her life; she was a rough, tough practical woman and she took no prisoners.  She did teach me knitting though!  As a consequence of the above the siblings of these unfortunate events have trouble in keeping in touch.  The only uncle in which we do still see is one of my mum’s brothers and he, thankfully is looking into piecing my mum’s side of the story together.  My father’s side… I do now have contact with my cousin on Facebook.  ‘I’m sharing this with you as having a family of my own has made me realise that it is important to know where you come from.  Although it may stir emotions that have been buried,  it is so much apart of who I am, I need and want to know more.  We are on now on the way, at least.

10. I don’t have a middle name – I use ‘Robert’
My mother decided that there was no reason to give me a middle name; she didn’t like hers and just didn’t see the point in it. But as my older brother got ‘Robert’ after my dad, I decided that was good enough for me – so Kerry ‘Robert’ Hales I became.  Why not.  I gave my sons middle names that added a bit of fun to life; one has ‘Fox’ the other just and initial so he decide what he wants to do with it.

So there you have it, ten things shared about me.  I hope you enjoyed reading them as much as I did reliving them!  Thank you!

Share on TwitterShare on FacebookShare on LinkedInShare on E-mailShare on WhatsAppShare on Pocket
Manage Cookie Consent
We use cookies to optimise our website and our service.
Manage options Manage services Manage vendors Read more about these purposes
Preferences
{title} {title} {title}